Fonvielle's A&N The Stuff of Legends, affectionately known as Boogieman is currently the most decorated American Pit Bull Terrier in the world. He has achieved legendary status as both a competitor and as an ambassador for a much maligned breed. Boogieman has competed and successfully and received placements in a variety of venues on a national level. Boogieman held the designation of youngest Super Dog in UKC for a time, stepping aside gracefully to his teammate Osy. Boogieman was also the first American Pit Bull Terrier to earn every title offered to all breeds in UKC as well as being the second dog of any breed to perform this feat.  Year after year, the driven four year old has excelled in obedience, agility, rally obedience, dock jumping and nosework, beating and taking placements over some of the best dogs in the country. Most recently, Boogieman placed second in his class over a large field at the 2014 ADBA Nationals in weight pull. He also placed third in his class at the American Pulling Alliance National Championships in Arkansas in 2014. Boogieman is an extremely driven, top flight athlete who possesses the personality, temperament, and attitude that made the American Pit Bull Terrier the great breed that it is today. 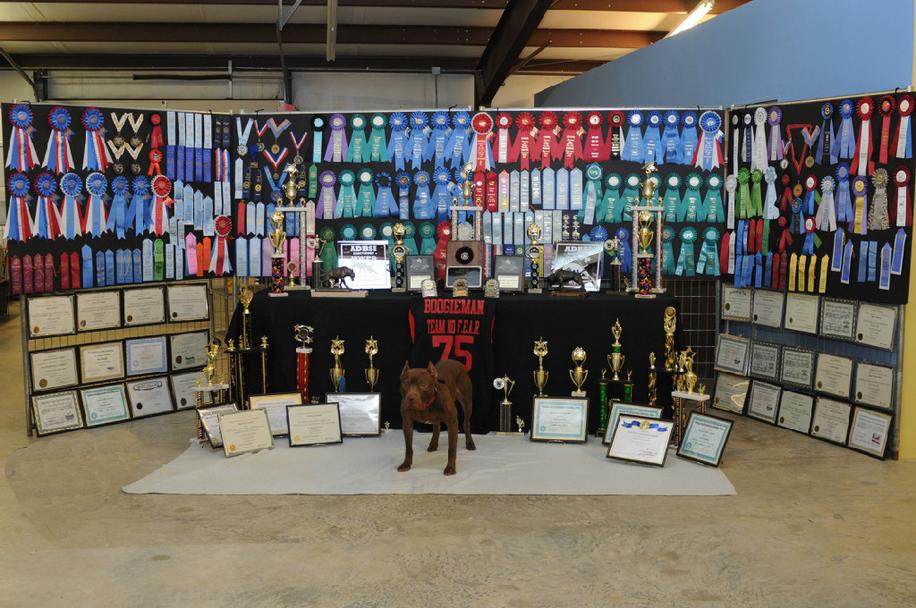