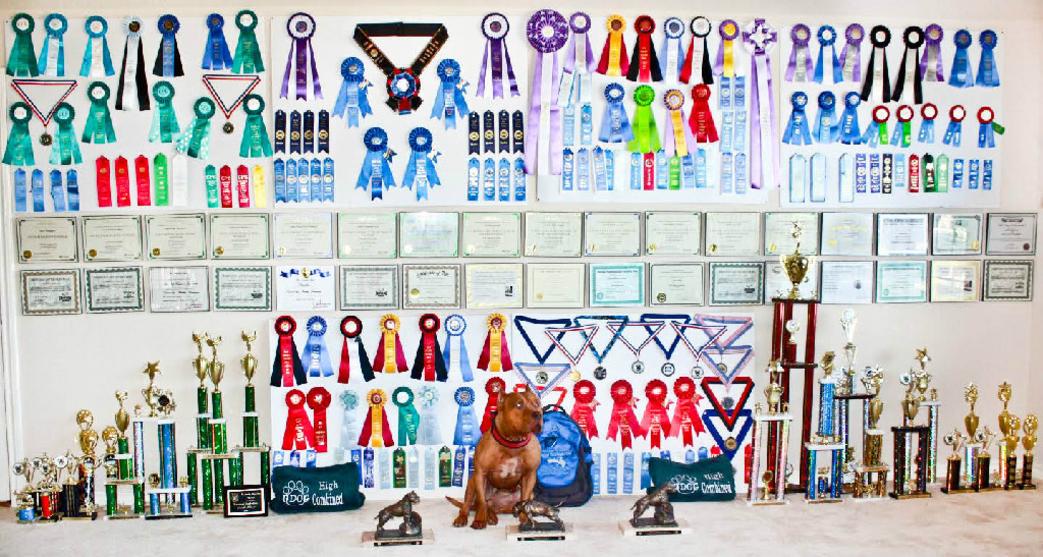 "Pun" is arguably one of the most well balanced and versatile working APBTs in the country, Punisher is equally as comfortable and confident in a conformation ring as he in on an agility field or in a protection tournament. Very biddable and eager to please with a solid, even temperament and lots of drive, this dog sets to a task and sticks to it until it is completed. The word impressive hardly describes Pun's list of accomplishments. Pun is the 2011 Iron Dog Pentathlon and Novice Protection National Champion, He also took 3rd Place at ADBA Nationals and 2nd Place at Iron Dog Nationals In His Weight Pull Class in 2011. He also competes in dock diving events in numerous registries, drafting, and agility. On his way to Super Dog, Pun placed first with competition at least once in the five competitive areas. He also achieved multiple Most Weight Pulled and Most Weight Pulled Per Pound designations. He is the 2012 ABKC National Weight Pull Champion in his class and 76 lbs and over Body Pound Champion. Punisher has placed at Weight Pull Nationals in the following organazations: UPF, APA, ADBA,  Iron Dog, UCA, and ABKC.